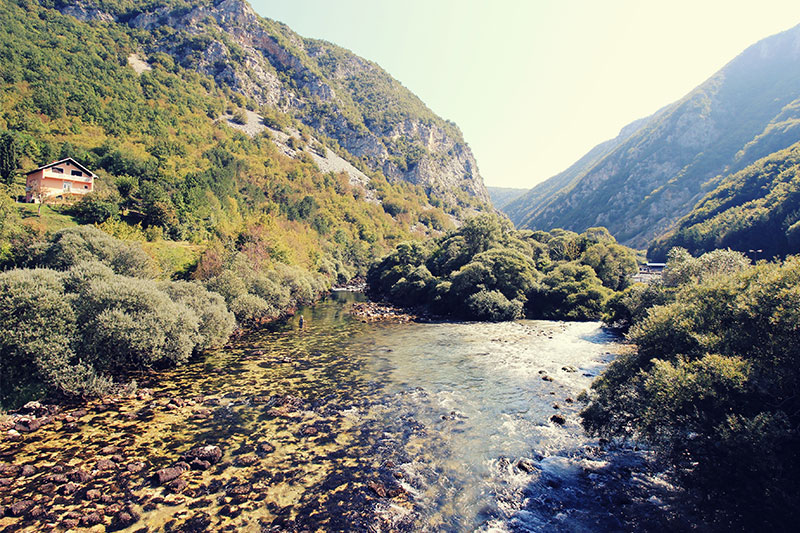 A tributary of Una, Unac runs through the national park and joins Una in Martin Brod. The river is well-structured and used to be famous for its huge grayling. However, last two years Unac was attacked by big group of cormorants and majority of grayling are gone. Due to the fishing farm nearby, Unac is populated mostly with trout which for years had escaped the farm and are to be found in big numbers. In 2018, few huge rainbow trout exceeding 70cm in size were caught at Unac. Fishing is easy and guests can expect to catch a lot of trout between 25 and 40cm. The width of river is from 15 to 25m, easily wadable throughout its flow. 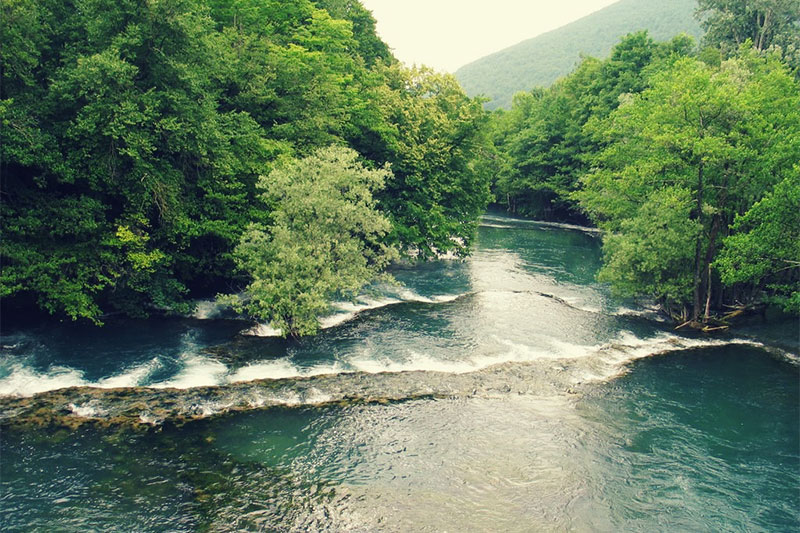 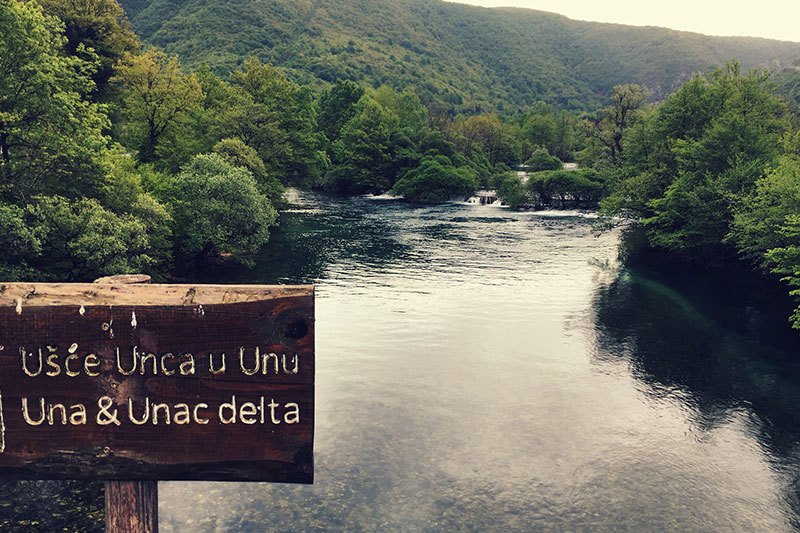 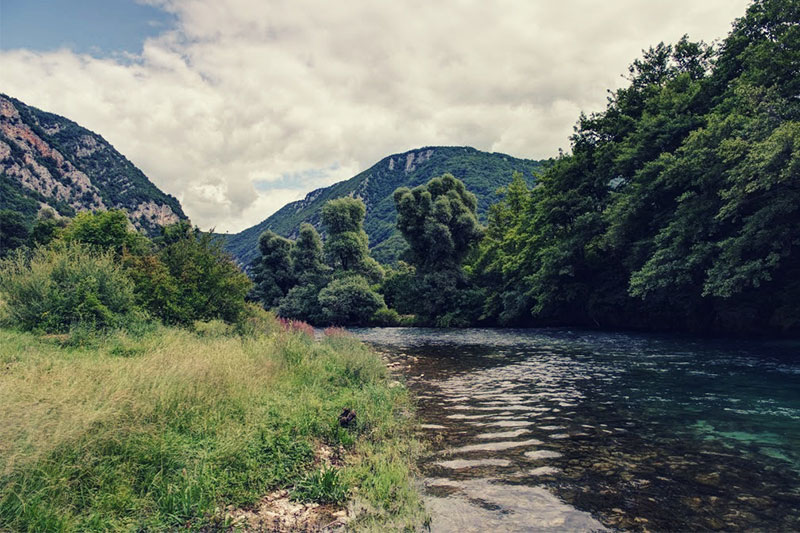